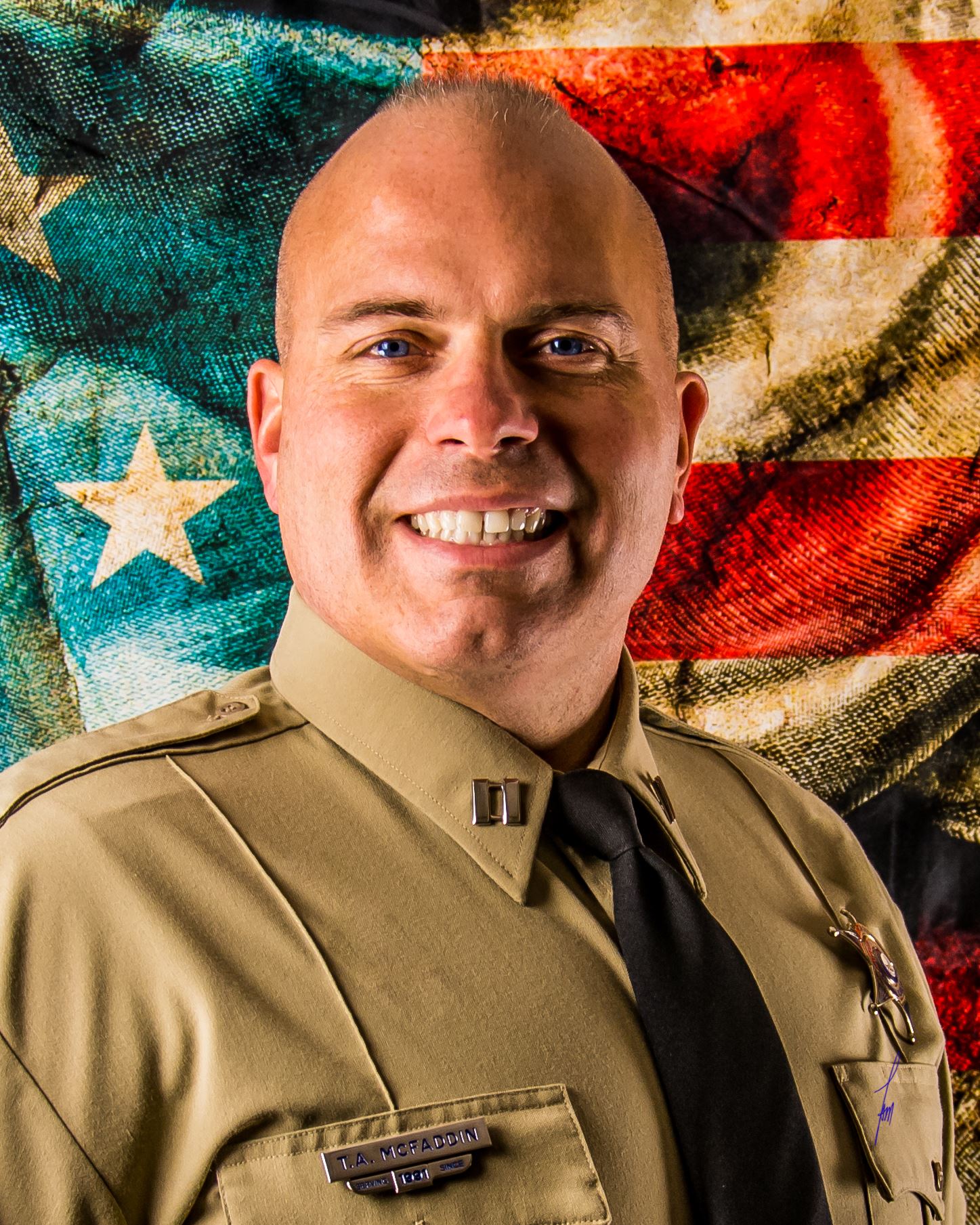 Chief Deputy Tony McFaddin is a 1991 graduate of Natural Bridge High School. He holds an associate’s degree in criminal justice from Eastern Gateway Community College. He served in the United States Marine Corps for four years before returning to Rockbridge County in 1995 to begin his career in law enforcement.

During his 25 years in law enforcement, Chief Deputy McFaddin has served Rockbridge County as a Special Enforcement Officer, a Patrol Deputy, a Domestic Violence / Sexual Assault Investigator, a Drug Investigator, a K-9 Deputy, and as an Investigations Sergeant before leaving the county to become a Virginia Conservation Police Officer in 2007. McFaddin rose to the rank of Senior Police Officer with the Virginia Department of Game and Inland Fisheries before returning to the Rockbridge County Sheriff’s Office in 2013 as an Investigator. In 2015, McFaddin was promoted to Lieutenant and tasked with supervising Investigations, Special Enforcement, and the Community Response Team. In 2016, Sheriff Blalock selected McFaddin to serve as his Chief Deputy. In 2019, Sheriff Funkhouser also selected McFaddin to serve as his Chief Deputy.

Chief Deputy McFaddin has successfully worked his way through a variety of assignments and promotions throughout his career and has been presented numerous awards to include the Mothers Against Drunk Driving DUI Enforcement award and the “Man of Vision” Award from Virginians Allied Against Sexual Assault.

Chief Deputy McFaddin currently serves on the board of directors for the Rockbridge Area Department of Social Services and Dabney S. Lancaster Community. He has also been appointed to the advisory board for the Dabney S. Lancaster Community College Criminal Justice Program. He is an avid local photographer and lives in the Lexington area of Rockbridge County with his beautiful wife, Becky, and their children.