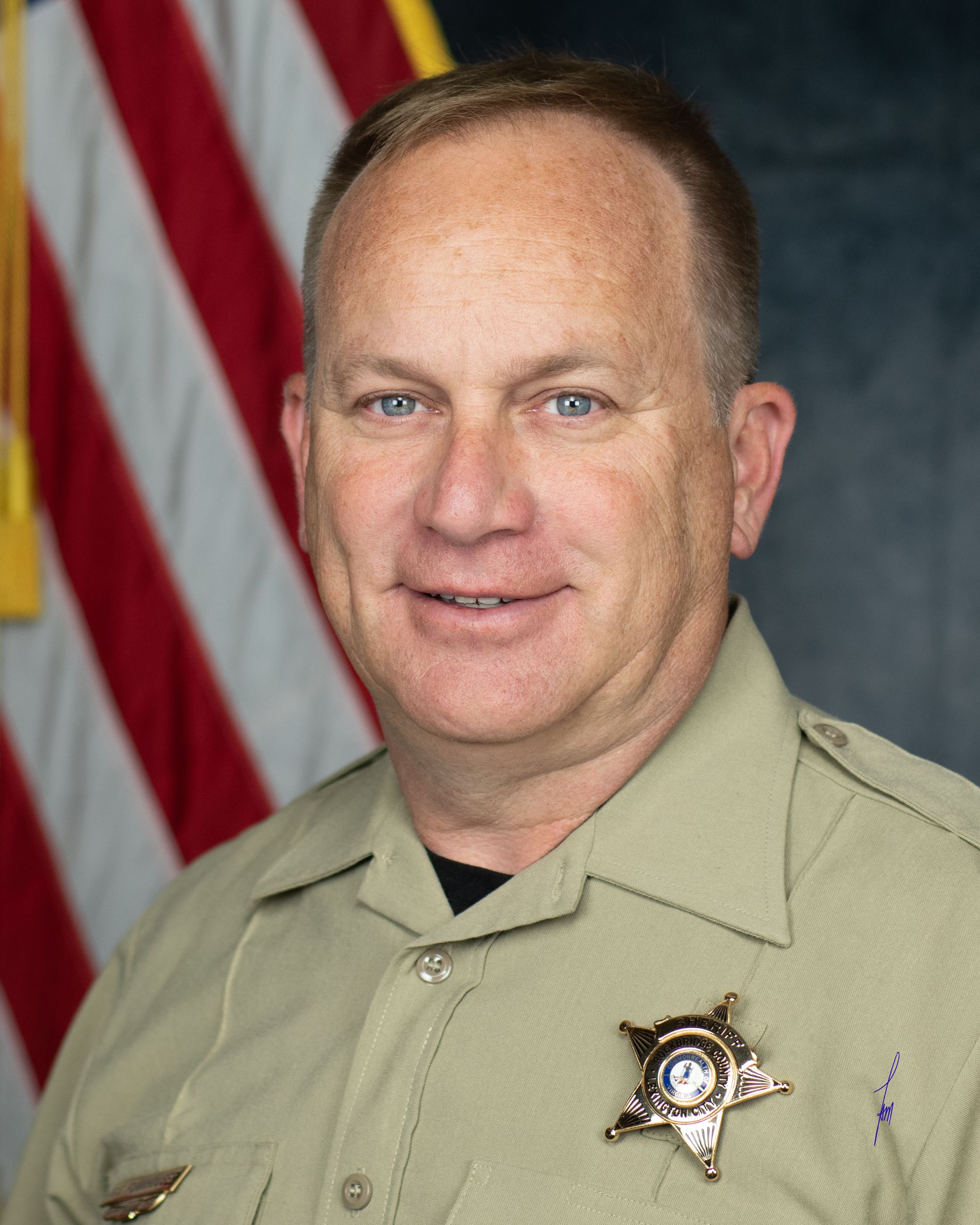 Steve Funkhouser is the duly elected Sheriff of Rockbridge County and Lexington City.

Sheriff G.S. Funkhouser was elected Sheriff on November 5, 2019, and entered office on January 1, 2020. He began his career with the Rockbridge County Sheriff's Office in 1996 and has served as a patrol deputy, an investigator, and the Chief of Patrol.

Sheriff Funkhouser is a Rockbridge County native and graduated from Natural Bridge High School before receiving a bachelor’s degree in Criminal Justice from Radford University. He has also attended and graduated from the Central Shenandoah Criminal Justice Training Academy, the Virginia Forensic Science Academy, and the Federal Bureau of Investigation’s National Academy.

Sheriff Funkhouser is also a veteran of the Army National Guard and retired at the rank of Major.